Recent data from the ONS report into domestic violence in England and Wales, November 2020, suggests that experiences of domestic abuse may have intensified during lockdown and that victims face increased difficulties in safely seeking support under these conditions. One in five offences recorded by police during and immediately after the first national lockdown in England and Wales involved domestic abuse. Police recorded more than a quarter of a million offences flagged as domestic abuse-related from April to June. The 259,324 offences represented a rise of 7% from the same period in 2019, and an 18% increase from two years ago.

We have witnessed this firsthand at Andrew Provan House (APH), our London project that offers a safe home and support to vulnerable women, many of whom have suffered abuse and been made homeless.

One recent story is of Rakel, who was referred to APH last year, having fled serious domestic violence in the north of England. She’d been in a violent and abusive relationship with the father of her young son for some years before finding the courage to leave. Unfortunately, following the first few attempts to find safe refuge locally, her violent partner found her.

In desperation and fearing for her life, Rakel agreed to a move south, to a safe home in London, many miles away from her ex-partner. Her son has special needs and had started to develop behavioural issues. Finding a placement that was able to cope with him as well proved difficult. Social services suggested a referral to APH, where she and her son would have their flat in a secure environment with 24/7 support from the staff team there.

It seemed an ideal solution and Rakel started to settle down to a new life. Despite lockdown, the team at APH made arrangements for her to take regular walks and to visit the park with her son. Educational activities were also set up for her and her son, as well as therapy to help come to terms with and process what had happened to her. Her son’s special needs meant that he could be particularly challenging, so finding ways to stimulate him and manage his behaviour was very important.

Rakel suffered from anxiety and had some mental health issues, exasperated by feeling isolated, away from friends and family, living in an unfamiliar city many miles from home. She was prescribed medication, which helped keep her calm and enabled her to focus on rebuilding her confidence and moving forward.

Things were going well for both mother and child until her safety was compromised when her ex-partner found out where she was living. Rakel and her son were immediately relocated to another refuge. It is unclear how she was tracked down; likely it was unwittingly via social media. This illustrates how precarious it is for abused women to escape their abusers. Smart phones, social media, the internet – all make it more difficult to hide.

Rakel has since found a secure place to live and has started a course of study. With some additional support, she and her son are resettled, and her ex-partner is out of the picture.

Our APH project will continue to offer women escaping violence and abuse a safe haven. We want them to be secure in our care and given the practical and emotional support they need. Our end goal is always to help our residents to get back on their feet and find the confidence to go on to lead secure, independent lives. 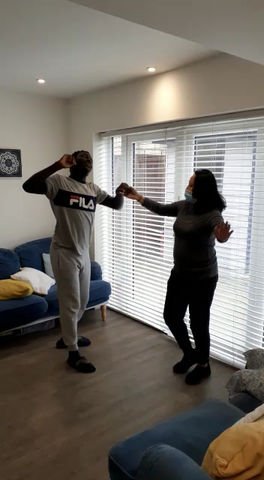 We wish our Muslim friends a blessed Eid